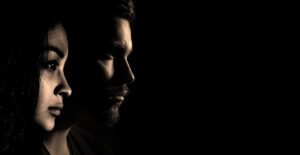 Self-esteem is still a relatively new area of study in mental affliction manifested as a thinking disorder. Generally, we don’t view it as a disorder when someone has low self-esteem (LSE). We just see it as something the other person must fix.

However, LSE is trickier than at first meets the eye, and an essential step towards better understanding how low self-esteem works and how to interact with those who have LSE is to dispel some common myths.

Below, you will find some widespread yet mistaken notions on low self-esteem and how they’re negatively impacting our world.

Myth #1: Women are more likely to have LSE than men.

In truth, anyone can have low self-esteem: men, women, people who come from low-income families, or those who’ve led a privileged life. Many factors contribute to the development of low self-esteem in a child, yet gender is not one of them.

The problem with this common myth is that it builds expectations and standards. For example, when told it’s a “women’s illness,” men have a more difficult time accepting that they might suffer from low self-esteem and resist treatment.

Myth #2: LSE Is A Symptom, Not A Disorder

Once again, this is wrong. While low self-esteem can, indeed, also be a symptom of other mental illnesses, like depression, anxiety, bulimia nervosa, or borderline personality disorder, it is also a standalone thinking disorder.

Low self-esteem forms in childhood and negatively impacts our emotions and actions in adulthood. It damages our perception of reality, and by doing that, it sabotages relationships, careers, and our public lives.

And just like any other disease, LSE needs to be monitored and treated for healing successfully.

Myth #3: LSE Disappears Once You More Significant Issues Are Treated

These are two closely linked myths, and both contribute a great deal to the lack of information that still exists around LSE. Many people assume that you must address depression or anxiety, for instance, to cure low self-esteem.

Often, that’s not how it works. You see, faulty thinking patterns build the foundation of low self-esteem. These are the ones that make you feel like you’re failing or that you’re not good enough. If you don’t treat your negative thoughts about yourself and your perception and interpretation of situations, people, places, and things you those, the LSE won’t magically go away on its own.

Myth #4: People with LSE Are Underachievers

Not at all. As we saw above, anyone can have LSE causing them to tell themselves that they are unlovable, incompetent, unacceptable, or unworthy with low self-esteem.

But really, that’s just finding an excuse for the existing disorder. The trouble with LSE is that you don’t appreciate yourself, regardless of how much you possess or achieve. Nagging memories of such things as past childhood traumas, growing up in a dysfunctional family absent of love, encouragement, or kindness may fuel a lifetime of self-doubt and negative self-talk if you don’t take the time to learn a process of rewriting such negative messages.

Since LSE relies on negative thought patterns in our brains developed for years, it’s tough to get over but doable when focused. To no longer deem themselves failures, people with LSE need to dedicate themselves to erasing these toxic thinking patterns and rewiring their brain and negative thoughts.