The S.W.E.E.T. SPOT of Self-Esteem for Women of Color 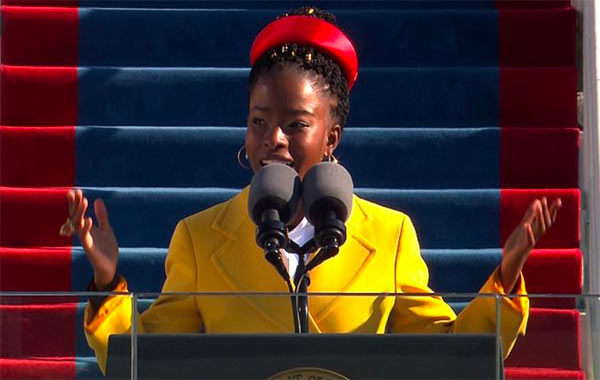 On January 20, 2021, like many people worldwide, I witnessed two spectacular events. First was the inauguration of Kamala Harris’ as the first female and the First Woman of Color Vice President of the United States. Poet Amanda Gorman’s performance was the second fantastic event. As the sixth and youngest poet to read at a presidential inauguration, her poem’s magical delivery, “The Hill We Climb,” cemented hope, vision, and trust for the future of many. This single event seemed to lift the dark veil of racism, sexism, and bigotry for young black and brown girls worldwide.

The nation and the world are taking a fresh look at systemic racism. Ironically, this examination viewed through the lens of a “generational curse” represents familial tribalism patterns that I have referred to in my work. Its effects have been handed down from generation to generation. Much attention has been focused on the negative assumptions discrimination and racism place on Black men—especially as it relates to police brutality and discriminatory incarceration practices. However, young Black women face similar negative stereotypes—with equally damaging effects.

Recently, a Black mother and her daughter, both adults, reached out to me for counseling. Separately and together, the two women echoed each other in similar experiences of anger, disconnectedness, and trauma that stemmed from childhoods that forced them into adulthood before they were ready.

In 2017, the Georgetown Law Center on Poverty and Inequality released Girlhood Interrupted: The Erasure of Black Girls Childhood, a report based on a study of how adults view black girls aged 5-14. The report found that compared to white girls of the same age, adults (of all races) believed that:

The study echoed one completed in 2014, which found companion attitudes in a study of black boys in the same age range. Recent research revealed that at the age of 10, Black boys are more likely than their White peers to be viewed by adults as guilty of crimes and more likely to be subjected to police violence if accused of a crime. The Georgetown study of girls concluded the ramifications for the perception of Black girls as “adults” harmed them in every facet of their lives: from education, where they receive less guidance and mentorship, and health care, to the juvenile justice system, where girls receive harsher treatment and fewer counselor resources.

I’ve certainly seen verification of the study’s results in my therapeutic work. Many of the Black women who come for counseling report a lack of support from young ages and the feeling of being left to “fend for themselves” as mere children with the results of damaging crises like sexual abuse, domestic violence, and mental illness.

Unhealed and untreated, and in the face of systemic views, they internalize those negative feelings toward themselves—and unfortunately, project the same expectations of shortened childhood and early adulthood onto their daughters. They perceived their legitimate responses to trauma as “not needing any help” or “worldly” or even “too grown,” as some older Black folks used to say. The result is a legacy of deep wounding, overwhelming frustration. Low self-esteem is repeated and replicated in ways that harm the individual woman, blighting her effectiveness in society.

This low self-esteem theme is a part of the generational curse–the systemic racism that Black women face. It not only limits their opportunities and projects an unfair standard on them from childhood but burdens them with adulthood before they are emotionally mature enough to respond in adult ways.

As a therapist, I encourage Black women to deal with self-esteem issues by learning how to be self-aware, attempting to separate feelings projected on them from their authentic emotions. I encourage them to feel their anger and to confront abusers when it is safe to do so through narrative therapy of writing out their story. I encourage them to embark on a path of forgiveness, self-love, and compassion for the unprotected little girl they once were. Perhaps most importantly, I encourage them to end these generational curses by not projecting the same standards imposed on their daughters.

Now in this moment of reckoning—for the sake of our young people—we must look at our assumptions with fresh eyes. That means not only our young Black boys but our Black girls as well. 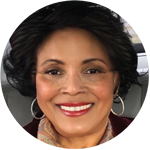 Debra Ann Cruz, C.E.A.P., C.E.C., L.P.C., is a Certified Employee Assistance Professional, a Certified Executive Coach, and a Licensed Professional Counselor, and author of the upcoming book THE S.W.E.E.T. Spot of Self-Esteem for Women of Color. You can learn more about her at debra@debraanncruz.com.